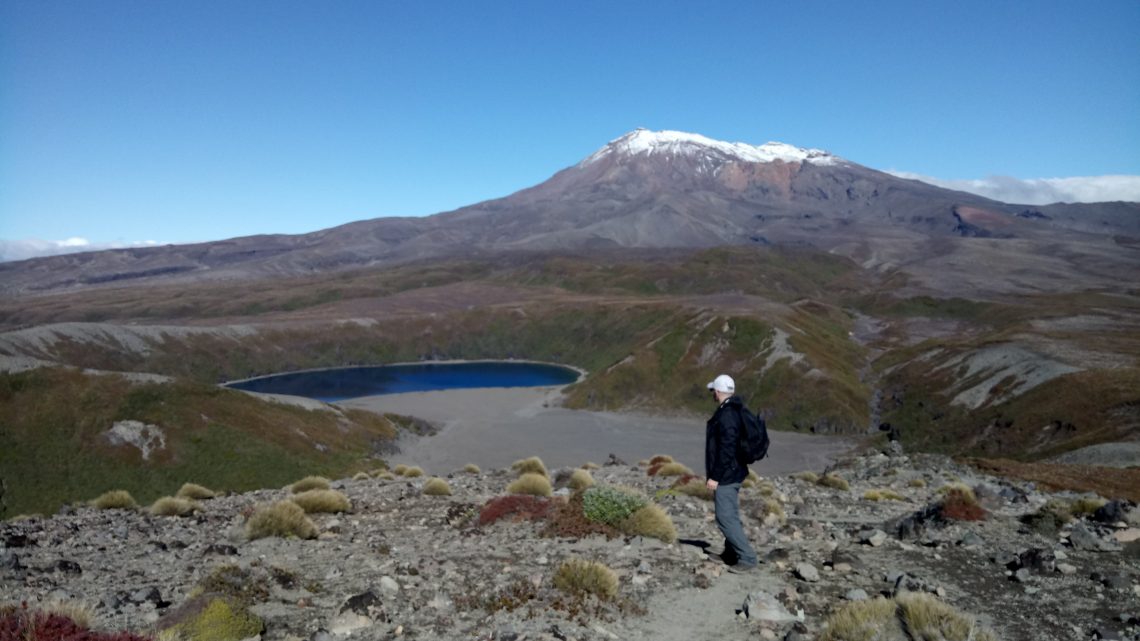 The one thing I was most looking forward to on this trip was the volcanic mountains. More than any other feature of this wondrous world, it is the mountains that draw me most.

I was pushing on in our adventure, even though I was still running a fever after having fallen ill a few days ago. Apart from having to keep schedule and make the most of our time, I did not want to be the cause or reason that we’d missed the chance to experience the things my wife wanted to explore and share with me.

Armed with plenty of honey tea, antiseptic mouth gargle and painkillers, we drove off, onward to the mountains. When we arrived at the mountain lodge a little before sunset, we were told that the forecast for the following day was for rain. So we settled in prepared for disappointment.

The night was a long one for me. Feverish. I woke up many times during the night,  At one stage, I sat up bathed in sweat, looking out the window trying to gauge the time. There in the silent darkness I saw in the distance against the blackness of the sky the even darker silhouette of a volcanic cone, standing above me like a silent giant having come some time during the night. Mt Ngauruhoe. I felt then the sense of awe and excitement, and I was barely able to stop myself from waking my wife to see for herself.

As twilight grew into dawn, the silhouette gradually formed shape. I went outside, planning to get a better view and photo, but something else awaited me there. Silent, powerful, domineering and seemingly eternal, there above me again was Mount Ruapehu, now catching the first rays of the sunrise on its snow capped peaks. Awesome. Breathtaking. Humbling.

The clouds had cleared. My fever had broken. We decided to do the shorter six hour walk to crater lakes instead of all day Tongariro alpine crossing as the weather forecast at the high mountains wasn’t good for a clear view and I still felt weak from illness. As we set out on our hike, I felt immediately that sense of adventure and discovery, and the happiness of sharing it with my wife. We walked through forest, through open fields, up lava flows, across ravines and we finally came to the foot of Mt Ngauruhoe, at the base of a group of volcanic crater lakes. Tama Lakes.

We climbed up a section of steep loose volcanic rock, and at the top we came to an ever more surreal landscape. It was a real sense of something other worldly here, as we stood at the rim of a steep crater wall, at the bottom of which was a lake, its surface rippled occasionally by the wind, small waves lapping on a black beach on the side near us and Mt Ngauruhoe brooding above on the other. There were other hikers here at the top, sitting to have their lunch while admiring the view. I don’t know what it was, but I felt somehow that I had to descend that wall and go to that beach and lake below.

Without much thought we descended slippery loose rock, finally arriving at the beach. I stood there a while, taking in the truly surreal landscape. The beach and the lake seemed barren, and it felt as if no other living thing had ever visited this place, though there was a giant “Love you mom” sign made of rocks on the beach that was visible from above. I scanned the rim of the crater, back from where we came, and could see the tiny figures there as if they were in another world.

As I wondered if they could see us, I turned back to find my wife had already lost her clothes and was running free. I quickly took to the camera to capture her jumps of free joy, and quickly found mine in seeing that of another. After a while, we huddled behind a boulder to shelter from the cold wind and had some lunch, taking in the scenery. It was cold, and I just wanted to keep warm and not risk sickness again, but I could not leave without throwing off my own clothes also and baring myself to the world. I entered the water and climbed a boulder, standing there before the mountain, respectful of any god or spirit that had beckoned me here, and aspiring to be worthy. I felt that in my nakedness I was transparent all through to my soul as I stood there before the mountain.

We stayed down there a little longer, still mesmerized by the surreal scenery. A feeling that I have felt before came over me: the feeling of removal from the world that one is familiar with, removal from the objects, places, people, sights, sounds, interactions that you relate to, identify with and that define you, so that the only thing that remains is yourself. Your pure self. Your bare soul. When everything familiar is removed, the only thing left is you. That is what I felt again in this place, but this time, I felt there was another part of me there. It was as if all that existing in the world was what was there on the shore of that beach on the volcano.