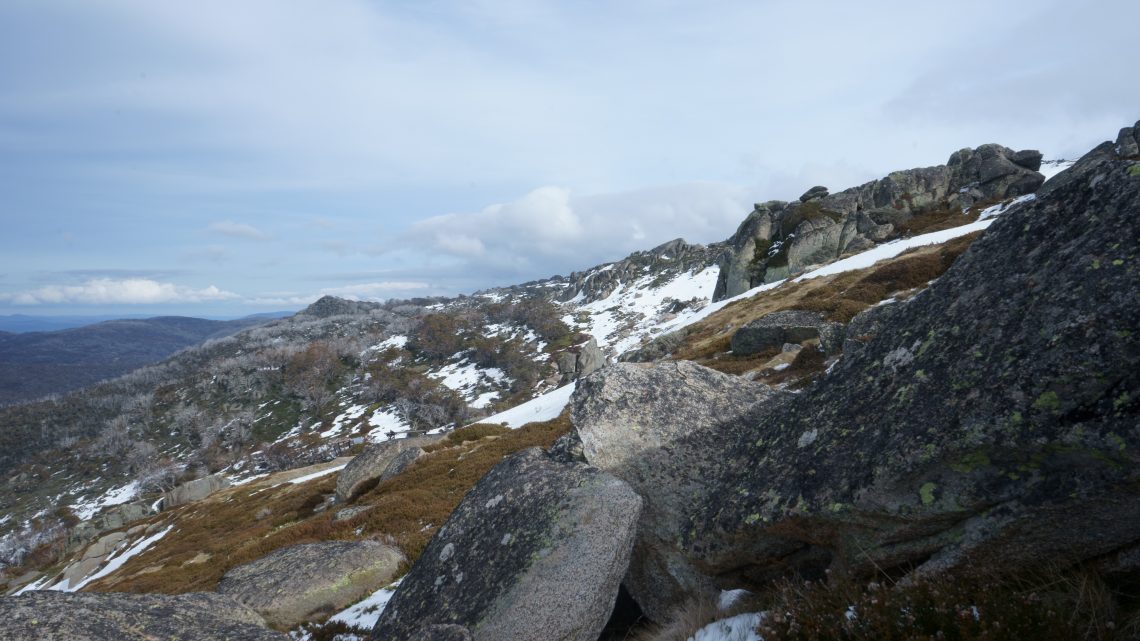 Mount Kosciuszko (마운트 코지오스코) is Australia’s highest mountain at 2228 meters above sea level and is located on the Main Range of the Snowy Mountains close to the New South Wales and Victorian border.

As the name suggests, the Snowy Mountains have snow (no joke intended) from June through October and is the only place in Australian mainland where you can see proper thick snow. Snow here is worthy of a mention because it is rare to see snow in sun-baked Australia where many children grow up without seeing snow in real life.

Naturally, winter sports have been developed at the Snowy Mountains, where Australia’s only ski resorts, Thredbo and Perisher, are located. It takes about 5.5 hours from Sydney, 6.5 hours from Melbourne and 2.5 hours from Canberra to get to Thredbo by driving.

The best time to visit Mount Kosciuszko for hiking is spring, summer and autumn.

Mount Kosciuszko, was named by Polish explorer Paul Strzelecki in 1840 in honor of Polish freedom fighter, General Tadeusz Kosciuszko. There is some confusion regarding the name by which Australian Aborigines called the mountain and there has been a lengthy ongoing debate concerning the proposal of dual naming – using the current name in conjunction with a traditional name.

One day we may have an Aboriginal name as well as a Polish name for the mountain but for now it is just Mount Kosciuszko.

The walking track begins at the top of the Kosciuszko Express chairlift at Thredbo (뜨레드보) and is 13 km return which takes about 4-5 hours. The chairlift operates all year round for hikers as well as skiers in ski season.

But if you are a hard core hiker and want to walk all the way from the bottom of Thredbo, you have to walk extra 8 km return along the steep Nature Track, which takes about 4-5 hours.

The Mount Kosciuszko track is above the tree line with low growing alpine vegetation and lots of boulders. The Mars-like landscape might look dreary in winter but is quite beautiful and dreamy in summer with ground covering furry alpine flowers.

The track is a boardwalk with a gentle incline all the way to the summit so even families with young children can enjoy pleasant hiking without any difficulties if weather conditions are right.

The weather up there changes constantly and very quickly. It can become extremely windy and freezing cold even in the middle of summer. So make sure you are properly equipped and prepared.

What brought us here?

To mark our wedding anniversary, Adam and I (Eve) decided to hike to the summit of Mt Kosciuszko. I know muscle-aching mountain hike isn’t really everyone’s idea of celebrating a romantic day. BUT…… hey, who says you can’t have breathtaking romance up on the mountains? At least, you can be high. 😉

In fact, this was our second attempt to reach the summit after the first miserable failure in the summer of about 7 years ago due to a wet freezing weather. Back then, we didn’t realize how capricious the weather was on alpine areas.

This time we were properly prepared to face the challenge in Australian winter (June – August) with water and wind-proof warm hiking wears complete with beanies and gloves. We were all ready to conquer Mount Kosciuszko. Yeah~!

But on the morning of our planned hike, Adam found out from our hotel staff that we could not reach the summit because of heavy snow and dangerous conditions up there. Even before the start, our hopes were crushed. With great disappointment, we decided to hike as far as we could safely.

Adam also told me another piece of disappointing information. Apparently, the chairlift to the start of the track was not operating due to COVID-19 and would remain closed to the public until the scheduled opening of the ski fields in another couple of weeks time.

This meant we had to take a steep walk of extra 4 km from the bottom of the Thredbo ski fields (1365 m) to the top of the lift (1930 m) before we could begin our Kosciuszko walk in earnest.

How the moment of madness began?

With no other options available, we headed up along the Nature Track aiming to reach the top of the lift in 2 hours. The meandering Nature Track in the forest was pleasant enough but we were impatient to reach the top and at some point we were not sure whether we took the correct path. So Adam took the lead and started walking up on one of the ski fields, which was partially covered with snow and had clear views.

We scrambled up the steep icy slope, often sliding down. In the middle of our struggles to make a way up, we could hear someone saying, “hi” out of nowhere. We looked up where the voice was coming from and saw couple of people sitting comfortably on the chairlift and waving at us.

“Is the lift operating?” shouted Adam.

“Yes, it IS operating,” a woman on the lift answered back with a big smile.

Instantly I became raving mad at Adam. He told me he asked about the lift at the hotel but obviously he didn’t. He often refuses to ask other people for directions or information as if he thinks it is a shame to do so. From the looks of it, once again his strong ego prevented him from asking a simple question.

I felt like I could kill him right there and then. He swore to God that he asked and was told the lift was not operating. It was hard to believe him or his God when I could clearly see more people were going up the mountain on the lift over my head.

We hurried up to another lift station in the middle of the slope to catch a lift from there but it was closed. By then we had an option of either walking down the track to take a lift from the bottom or continuing our walk up the slope. We chose the latter.

By then, overwhelmed by seething anger, I fell into heavy silence and just kept trying to walk up, often sliding down. Adam instructed me to walk zigzag, telling me that it would be less tiring but I refused to listen to him out of protest.

While walking in silence, it gradually dawned to me that, at least, we could go down by the lift when we returned and it didn’t matter how exhausted I became at the bottom slope as we have already given up hope of standing on the mountain summit due to snow, anyway.

I also realized I didn’t come to the mountain for comfort. Besides, extra walk on the steep slope would be a great workout after being cooped up at home for three long months during lock down.

Most of all, I didn’t want to hold a grudge against him on our wedding anniversary trip.

Now I felt a bit sorry for him, who was trying to defuse the tension between us by throwing snow balls at me with a care not to hit me hard.

So I decided to forget about the whole episode and enjoy the day with him. As I have changed my mind, I immediately felt the fuming anger inside me ebbed away.

Finally, we reached the top of the lift station. It would have been very nice and rewarding to have hot chocolate with marshmallows or a bowl of warm soup at the Eagles Nest, Australia’s highest restaurant (1937 m), at the chairlift station but it was closed temporarily due to COVID-19. Damn!!

Instead, we just had a banana and a piece of chocolate each just outside of the public toilet in the shelter of the restaurant building, where we could stay out of the ferocious wind. How romantic!!

Now at the Mount Kosciuszko track, we were above the tree line and on the landscape of Mars partially covered with snow. Ominous dark clouds kept coming over the mountains blanketing everything in sight.

Typhoon-like wind blew incessantly so that I felt as if I was standing in the middle of hundreds of helicopters. Even after I came down the mountain, my ears were still ringing with lousy helicopters for a while.

The cold wind nibbled on my cheeks and eyeballs and made them sore. Have you ever experienced sore eyeballs from being lashed by wind? I did.

Later on we found out that the actual temperature was around 2°C but felt like around -13°C due to wind speed of 65-100 km/hour and humidity of 97%, according to the official weather observation.

In the end, we decided to turn back with only less than 3 km left before we could reach the summit of Mount Kosciuszko as the track disappeared into thick snow. We didn’t want to get lost in the blizzard, which looked immanent.

Adam and I walked down the track hand in hand now with a sense of adventure together. Even though we couldn’t even catch a glimpse of Mount Kosciuszko let alone decent photos due to thick clouds, we were happy that we tried and created another memory along the way.

I am sure even the bad episode concerning the lift would turn into a nostalgic memory in time. Right?