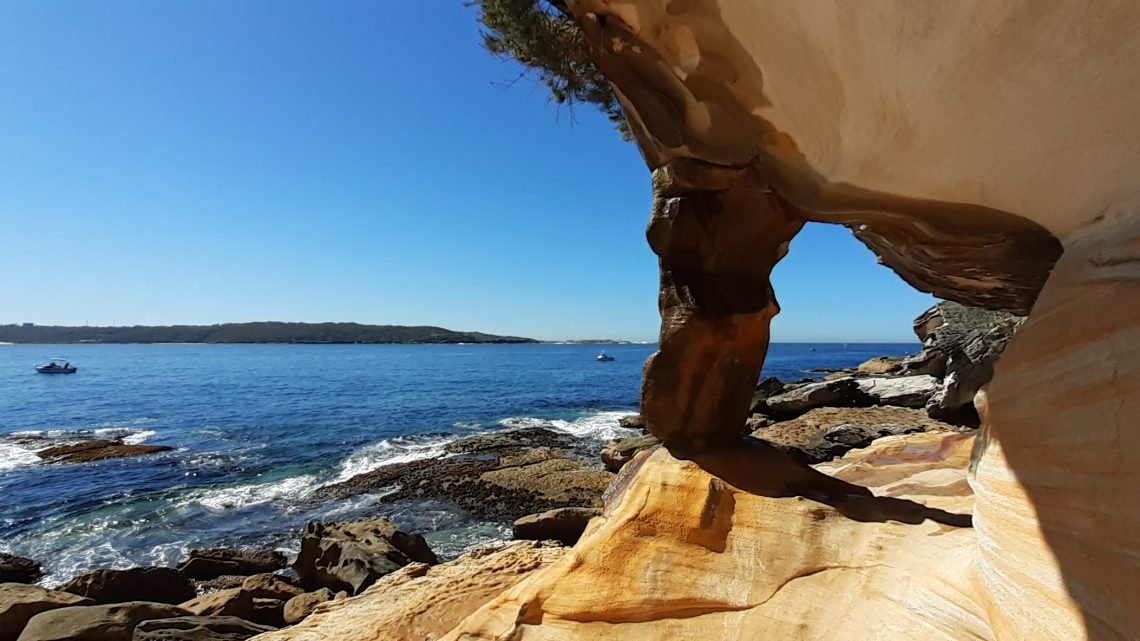 Kamay Botany Bay National Park (Kamay NP in short) consists of two areas: La Perouse and Kurnell. The two areas face each other but are separated by wide Botany Bay with no connecting bridge or ferry services between. So unless you have a boat, you have to travel 35 km on the road to get from one area of the national park to the other. This blog is about the Kurnell area only.

Kamay NP in Kurnell is located on the southern headland of Botany Bay in Sydney and is the birth place of modern Australian history and the original site of dispossession of Aboriginal people.

In April 1770, British explorer James Cook first landed in Kurnell on his ship, HMS Endeavour, which marked the beginning of Britain’s interest in Australian continent and eventual colonization of the Aboriginal land.

Kamay NP is about 22 km to the south of Sydney CBD (Central Business District) and is at the end of Captain Cook Drive.

There is no direct train or ferry service to Kurnell, so driving is easiest way to go there. There is $8 entry fee per car per day applicable.

If driving isn’t an option for you, you can take the 987 bus from Cronulla train station.

Each year, around 25,000 Humpback Whales leave the frigid waters of Antarctica and head up the east coast of Australia to the warm waters of tropical north Queensland, where they mate, calve and nurture their newborns.

In Sydney, you can watch whales migrating to the north between May and July and returning to the south to Antarctica between September and November. However, the best time for whale watching is late June and early July when whales come close to the shore in order to avoid the strong southerly current further out to sea while trying to swim up to the north. It is known that whales swim as close as 200m from the coast.

Botany Bay is a very popular place for snorkelling and scuba diving. Inscription Point off Kurnell is the best area for diving and you can easily see many divers flocking together around The Steps and The Leap.

Word of caution. You always need to be mindful of personal safety when you are undertaking water activities. On the day I was strolling along the coast taking photos including the one right below, two rescue helicopters were hovering above the water, seemingly looking for someone, which is sadly not a rare sight.

The 1.1 km short walking trail takes you to major historic sites including James Cook’s landing rock and the Meeting Place where Aboriginal people gathered together as the Endeavour continued to advance from the horizon into the bay.

The loop trail is ideal for a leisurely stroll along the shallow waters of the bay. It starts from the visitor center and is wheelchair accessible.

Starting from the end of Cape Solander Drive, Cape Baily Track is 3 km one way to the Cape Baily Lighthouse (45-60 minutes) and 4 km one way to Potter Point, (1-2 hours). The easy flat track along the coast provides you with spectacular uninterupted views.

The track is completely exposed to the sun as there are only short ground covering shrubs on one side and flat rocks on the other, which drop vertically to the sea. So you should make sure to protect yourself from the harsh sun with protective clothing and sunscreen.

There are several other inland loop tracks like Munu and Yena Loop, which are more sheltered from the sun and wind by the tall trees and shrubs. As these inland tracks don’t have open views, you can be easily disorientated if you are not familiar with the area. So it is best to get a map from the visitor Center before setting off. Kamay visitor center is open between 10am and 3:30pm from Monday to Friday and between 9:30 am and 4pm on Saturday, Sunday and public holidays.

Any places for food?

The simple answer is no. Unlike La Perouse area of the national park, Kurnell has very little options for food except for a few takeaway food vans. So it is best to take your own food and plenty of water with you if you want to enjoy walk or picnic or whale-watching.

Kamay NP in Kurnell is rather like the poor cousin of the Royal National Park located further south, with spectacular views but not as spectacular, with long walks but not as long, with no beaches, except…

It does offer the possibility of walking on all the way across the Cronulla sand dunes and to Cronulla itself, a popular Sydney beachside suburb boasting many fine cafes and restaurants.

Speaking of which, it sounds like an enticing idea to sit at a beachfront cafe for a nice relaxing afternoon tea after a long walk from Kurnell to Cronulla. Oh well! That’s going to be another story all together.