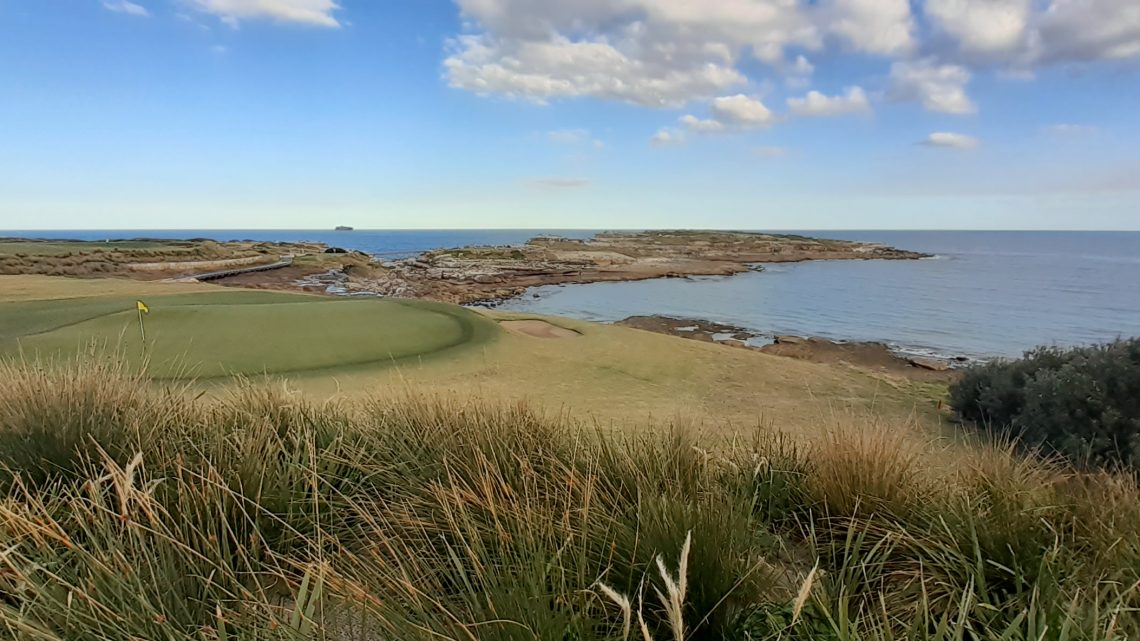 La Perouse is part of Kamay Botany Bay National Park and is situated on the northern headland of Botany Bay in Sydney. Compared to its southern counterpart of the National Park in Kurnell, La Perouse area is a lot smaller in size but much more picturesque, more interesting and more popular among overseas visitors as well as locals.

It’s not difficult to see why La Perouse is so popular. It offers something for everybody to enjoy: rich history, nice beaches, spectacular coastal tracks, quality cafes and restaurants, splendid golf courses, great scuba diving sites, iconic backdrops for photo shoots and more. Have I mentioned that in La Perouse, you can even watch an outdoor snake show?

The suburb of La Perouse is named after Frech naval officer and explorer, Jean-Francois Galaup De La Perouse who landed on the northern shore of Botany Bay in January 1788 with a specific instruction from the King Louis XVI of France to discover what the British was doing while he was on a wide ranging exploration of the Pacific Ocean.

Where is La Perouse?

Driving is the easiest way to go to La Perouse, even though it is often crowded and difficult to find parking. But if you are lucky to find one, you don’t have to worry about parking fee or entry fee to the National Park because it is free.

If you want to travel to La Perouse by public transport, you can take L94 bus which departs from Circular Quay and travels through Sydney city or 391 bus from Central station on Eddy Avenue.

As Frenchmans Beach is situated deep inside the bay and sheltered by La Perouse Point, it has gentle waves and shallow water suitable particularly for families with young children.

Alternatively, Congwong Beach, surrounded by bush scrub, has deeper water and can have larger waves at times, but is still calm and gentle compared to Sydney’s ocean beaches. This beautiful beach is popular and conveniently situated off the car park and a bus stop near Cann Park.

Congwong Beach is also a gate way to a rather secluded Little Congwong Beach, which is one of the best nude beaches in Sydney.

Henry Head Walking Track is a beautiful coastal track with spectacular views across the Botany Bay. It is 7 km return track starting from the car park at the southern end of Cann Park to Cape Banks, which takes about 3 hours.

The track goes through some shady forest, cliff edges, a golf course, a foot bridge and then finally to Cape Banks, which is a rocky prominent headland. If you want an even longer walk, you can continue walking on Cape Banks Firetrail northwards to yet another couple of golf courses.

I should admit I have never played golf in my life and never been interested in it at all. That was until I recently came across a magnificent golf course with a not-so-inspiring name called New South Wales Golf Club.

All golf courses are beautiful, I notice, but New South Wales Golf Club is particularly so with amazing seascape and fantastic panoramic views across Botany Bay and the Tasman Sea. Even if I don’t know how to play golf, I would love to go to this golf club just to enjoy its beauty.

Apparently, New South Wales Golf Club is generally regarded as the best golf course in Sydney and a course travelling golfers ‘must play’ on. It is also regularly ranked in the top 5 golf clubs in Australia and top 50 in the world.

I should note that the golf club is not part of Kamay Botany Bay National Park and is not open for the public to wander around to have a look, even though a small section of the golf course merges with the national park.

But the club provides guest players limited access during weekdays as weekends are reserved strictly for club members and their invited guests only. If you want to play a game of golf on this world class golf course, you must make a booking request well in advance, either online or by phone.

Bare Island is a heritage-listed fortified islet and is connected by a 130 year old wooden footbridge to the mainland of La Perouse.

Bare Island Fort was built in early 1880s to protect Botany Bay which was regarded as ‘Sydney’s back door’ from a feared Russian invasion. Over the years, the Fort has served different functions ranging from a war veteran’s home to a museum. More recently, it provided a stunning backdrop for a Hollywood movie, Mission: Impossible 2.

Undoubtedly, Bare Island and its footbridge provide a perfect backdrop for iconic photos which many people crowd here for. It gets really busy especially just before sunset.

You can walk across the wooden bridge to and around Bare Island freely but if you want to see the Fort inside and out properly, you have to join a guided tour that operates only on Friday and Sunday with a $15 fee per adult.

The water surrounding Bare Island is known to be one of Sydney’s best and most popular spots for scuba diving and snorkeling among individuals and diving schools alike.

Divers report that lots of soft corals, colorful starfishes and sea dragons can been seen in this part of Botany Bay.

Regardless where your personal interest lies, you are sure to find something to enjoy in La Perouse: whether it is a lunch date at a waterfront seafood restaurant, fishing at a quiet spot or styled photo shoot sessions for your eye-catching social media posts. Or you can do it all.