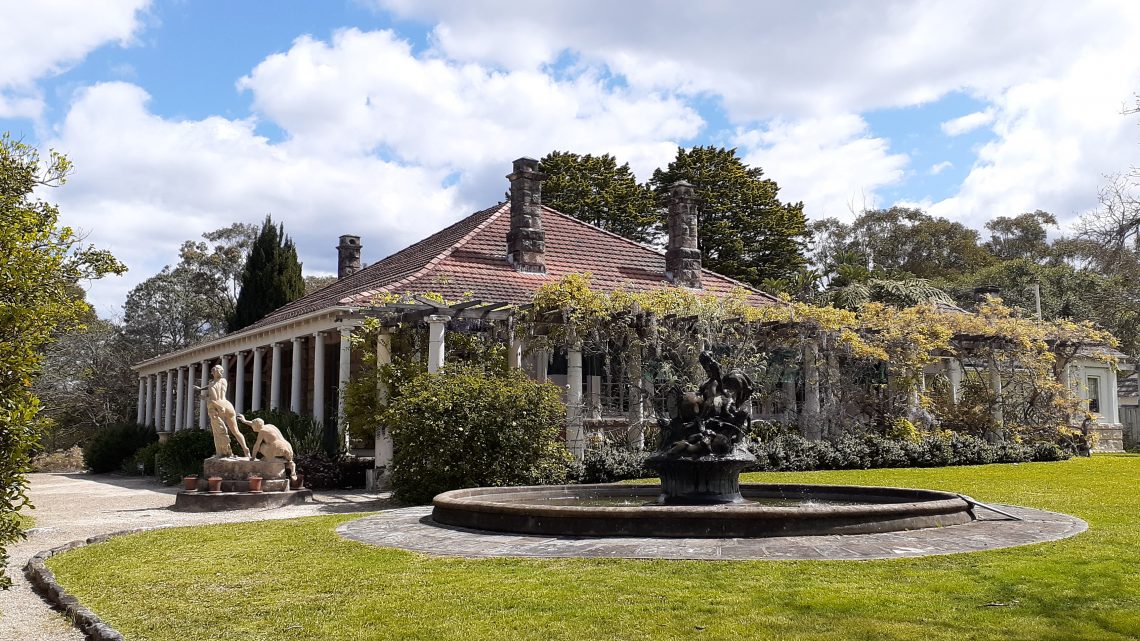 Who is Norman Lindsay?

Norman Lindsay (1879 – 1969) is an acclaimed and controversial Australian artist who is known even to Korean people for his children’s book ‘The Magic Pudding.’, which was also made into a movie. As a man of multiple talents and enormous creative energy, he was not only a successful writer for children’s books and adult novels but also a painter, sculptor, etcher, editorial cartoonist, art critic and scale modeler.

The Magic Pudding has been translated into many different languages including Korean. A volume of Korean language version is being displayed along with others in a small glass-topped cabinet at the Gallery. The book, however, has a cynical nuance beneath the surface. Norman Lindsay thought himself and artists like him were above others. He was a racist, nationalist and misogynist, whose views were discreetly reflected in The Magic Pudding. Of course, children can’t read his underlying message. In the book, he used animal characters instead of people in order to avoid being sued by figures it portrays.

Lindsay’s paintings portray Bohemianism admixed with a wild fantasy world, for which some people suggest that they might have been created under the influence of drugs. They feature lots of nudity that was so scandalous at that time that some regarded his drawings and paintings as pornography.

He enflamed controversy even more by writing Redheap, a story of sex and morals set in a small Victorian country town in Australia, believed to be where he grew up. The book was deemed blasphemous and banned in Australia from the time it was first published in 1930 until 1958.

The high controversy surrounding Lindsay’s art work made many conservative national art galleries reluctant to purchase his paintings which instead enjoyed popularity and were sought after by private and corporate art collectors. As a result, many of his work is hidden away from the wider community and the general public.

Fortunately, some of his art work is housed in his former home which has been converted into the Norman Lindsay Gallery and Museum for everybody to enjoy.

The Norman Lindsay Gallery and Museum is located in the Blue Mountains town of Faulconbridge, New South Wales, Australia. It is only 1 hour driving distance from Sydney city center and a half hour to Katoomba, the home of the famous Three Sisters.

It is best to drive there as the gallery is far from the nearest train station and away from other amenities and attractions.

The Gallery is currently open from Thursday to Sunday, from 10 am to 4 pm with the last entry at 3 pm. Normally, you can buy entry tickets at the gate for $17 per adult but at the moment you are required to pre-purchase tickets online for timed entry due to COVID-19.

What to expect at the Gallery?

Norman Lindsay possessed a myriad of artistic talents and the collection of his work at the Gallery clearly shows his bursting creativity ranging from his books, illustrations, paintings in water color and oil, etchings, ceramic paintings, sculptures to large model ships. He even made timber furniture such as book cases and display cabinets on which he placed elements of his distinctive style.

Given his prolific and long life (he died at the age of 90), the volume of his art work the Gallery holds doesn’t seem to be all that much. One reason for this may be attributed to an unfortunate event that happened back in 1940, when Lindsay took sixteen crates of his paintings, drawings and etchings to the U.S. to protect them from the war. But they ended up getting impounded and subsequently burned by American officials who deemed them as pornography.

In normal circumstances, the Gallery provides visitors guided tours, which are highly recommended for two reasons. Firstly, during the guided tour, you can hear interesting background stories as well as insightful facts about the artist and his work. Secondly, there is no free brochure or much information readily available throughout the gallery, even though you can buy information booklets at the gift shop. But the guided tours are temporarily suspended to ensure social distancing.

After viewing his art work in the gallery, you can wander around the garden where there are some of his sculptures in concrete and bronze, fountains and you can visit his etching studio within the grounds of the property. You are free to take photos anywhere except inside the Gallery.

There is also the Lindsay Cafe, set in the natural bushland within the property where you can enjoy casual Australian dining. Normally, the cafe is open everyday except Christmas (24-26 December) and New Year day (1 January) but again is closed at the moment.

The Norman Lindsay Gallery and Museum itself is not big so a couple of hours may be enough to see all the collection and the surrounding gardens and you may want to spend an additional couple of hours at the Lindsay Cafe. Over all, it is a nice place to drop by while you are visiting other attractions in the Blue Mountains.

Springwood is a vibrant little village with old charms and nice cafes and shops to visit and is only 8 minutes from the Gallery by car. It is a place Lindsay portrayed in some of his paintings and where he is buried. If you are planning a visit to the Norman Lindsay Gallery, it will be worthwhile to include Springwood for a short visit as well.